If you're reading this, you may have noticed that we've launched the Woozworld update 11.7! We've got some awesome new features in this update and a few fixes to bring your Woozworld experience to the next level! Check out all the details below:

Hosting in your Unitz just got a whole lot easier. You can now invite your fellow Woozens to become co-hosts of your Unitz! They can help you out while you're hosting a game, run your restaurant, or even moderate your hangout while you're away!

Woozens you name as co-hosts of your Unitz can do the following:

-Use and access furniture you've locked to other Woozens (CORRECTION: ShopPods and Mannequins CANNOT be accessed by the Co-Host. We are sorry for the confusion!)

-Use furniture from afar without having to walk up to it

However, they cannot do the following things:

Adding co-hosts to your Unitz is very easy. There are two ways you can do it:

If the Woozen you want to add is in your Unitz, use the Add Co-Host button when you click on their avatar:

You can also add a Woozen as co-host through the Unitz Settings -> Add Co-Hosts and add anyone from there. 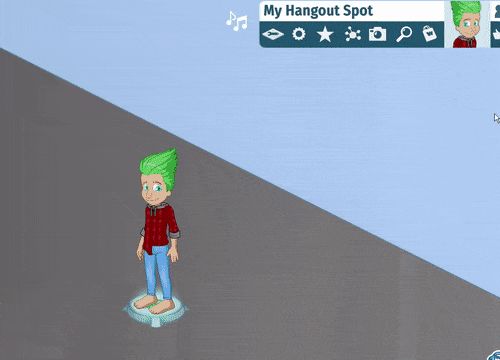 You can add up to 10 Woozens as co-hosts for each of your Unitz. Remember, they will remain co-hosts until you remove them. Make sure you only add friends you trust as co-hosts!

Increased the Woozen limit per Unitz

VIP users can now host up to 30 Woozens in their Unitz, that's 10 more than before!

Other improvements and bug fixes

Whatcha waiting for? Start adding some Co-Hosts to your popular Unitz!

The image failed to load